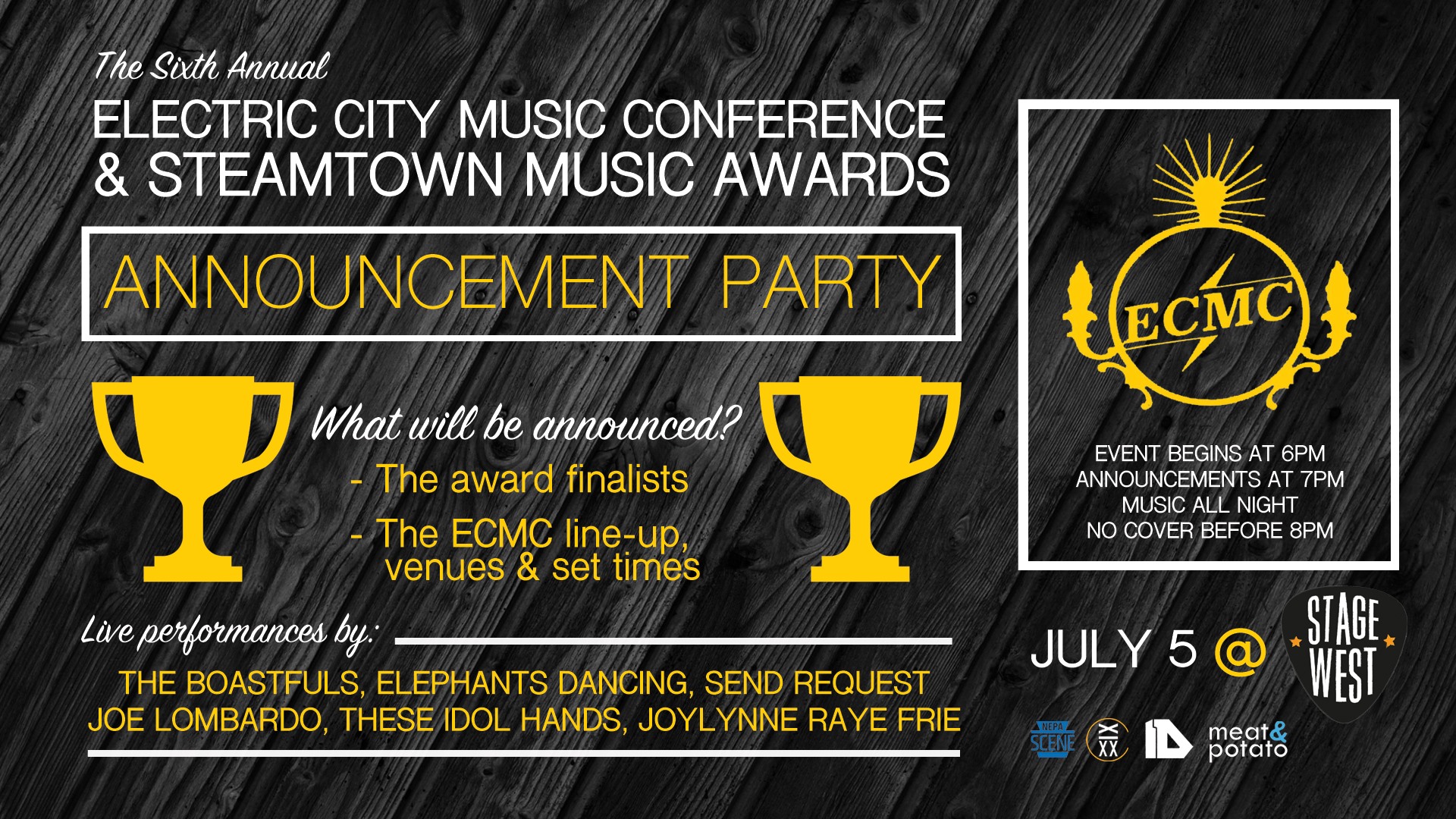 What you need to know:

RESPOND TO THE ANNOUNCEMENT PARTY BY CLICKING HERE

The Electric City Music Conference and Steamtown Music Awards will host a free announcement party at Stage West in Scranton on Friday, July 5, starting at 6 p.m.

Although this party has been revamped this year and moved to a Friday night, it will still cater to the needs of the busy music community. The event will kick off at 6 p.m. with an acoustic performance by Joylynne Raye Frie. At 6:45 p.m., the organizers will announce the finalists for each Steamtown Music Award category and unveil the full Electric City Music Conference lineups and schedules at each venue.

“I’m want to apologize in advance for every last name and band name that I absolutely butcher at the announcement event. It happens every year. I think people look forward to watching me struggle during the announcements as much as the event itself,” ECMC co-organizer Joe Caviston joked.

The event will then carry on through the evening with an impressive and varied lineup of performers, including The Boastfuls, Elephants Dancing, Send Request, These Idol Hands, and Joe Lombardo.

“We wanted to make it more of an appreciation party and mixer this year. We’re going to wrap up all of the announcements by 7:30 p.m. so that anyone who has a show that night still has plenty of time to get there. But, for those who want to stay and hang out, there will be drink specials and amazing music all night long,” noted co-producer Ken Norton.

“As with everything ECMC related, it’s all about networking. Everyone should come out to see where they’re playing and what they’re nominated for, but they should also make some connections and mingle with other members of the local music scene,” Caviston added.

The sixth annual Electric City Music Conference will kick off with the Steamtown Music Awards on Thursday, Sept. 12, and the rest of the conference takes place on Friday, Sept. 13 and Saturday, Sept. 14 with over 150 bands across 12+ venues, along with an educational component with industry professionals. The first 67 acts were announced in March, followed by another 40 in May.